It’s fair to say that Stephen Bunting’s latest hop across the water into Germany will be seen as a satisfactory jaunt.

A board final and a run to the quarters in Niedernhausen can be seen as successful weekends work, adding some valuable pennies to the ranking.

Stephen began Saturday afternoon with a comfortable 6-3 victory over Thomas Lovely before posting an astronomical 106.15 average in a comprehensive 6-2 win against Ryan Meikle.

The former barber had halted Bunting a week earlier in Barnsley with an impressive display of his own so a scoreline reversal was sweet revenge indeed.

But despite producing another strong performance in the board final against Damian Mol, it was the Dutchman who ran out a 6-4 victor.

Bunting continued his immediate payback lessons on Sunday as he opened up the day returning the favour on Mol, knocking him out the tournament with a 6-1 win.

Game two – and in what was a rare meeting with a Frenchman, the Liverpudlian dismissed the efforts of the talented Jacques Labre, saying au revoir to the senior pro-tour debutant with a scoreline of 6-4.

Continuing the strong start to Sunday, Stephen sent Luke Woodhouse packing with a 6-0 rout to move into the last 16.

Waiting for the scouser there was former stable-mate Rob Cross. The Voltage has been in excellent form for the majority of the past six months and despite performing very well in this match, it was Bunting who rose to the challenge and pulled an absolute belter out of the bag.

Posting another average in excess of 106, Stephen won the battle of the former World Champions in a high quality encounter, claiming a 6-3 victory.

And Bunting’s prize was a quarter-final clash with another bloke who has a World crown to his name – in fact he has two – Adrian Lewis. The Stoke man is also producing some good darts of late and in another thoroughly entertaining game, got the better of his opponent 6-4 ending Stephen’s hopes of a maiden overseas pro-tour title.

Afterwards, we caught up with the man himself to chat about the weekend.

Stephen said: “Overall I’m happy with what I achieved. Of course, it would have been nice to have gone further but I gave it my all.

“I feel like I’m playing consistently well which is crucial. My lowest average over the two days was just under 90 and there were two games where I was above 106.

“Plenty of positives to take home. The win over Rob [Cross] was the highlight. He is playing really well lately so to put in the performance I did against him tells me that, when I am on it, my game is right there amongst the elite.

“I just need to show those kind of displays more often which I know I’m capable of.”

Stephen heads back to Yorkshire next weekend where it’s a triple header in the Barnsley Metrodome beginning on Friday. 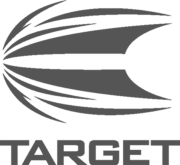